More than any woman of the 20th century, Eleanor Roosevelt inspired citizens and nations “to hazard all they have” to build a world governed by diplomacy, citizen engagement and democratic policy. Her example of peace building and human rights advocacy throughout her life is a model to people around the world. And with thousands of written columns, articles and letters, she was one of the century’s most prolific journalists. Yet her voice has been silenced, her vision and influence shrouded in stereotype or confined to obscure footnotes.

Since 2000, the George Washington University’s Eleanor Roosevelt Papers Project (ERPP) has worked to return Roosevelt's voice to the written record and uses this rich history to train teachers, civil society leaders, policymakers and citizens around the world to apply her writings, knowledge and strategy.

Based in GW’s Columbian College of Arts and Sciences, the ERPP is committed to keeping our online site available at no cost to the user. 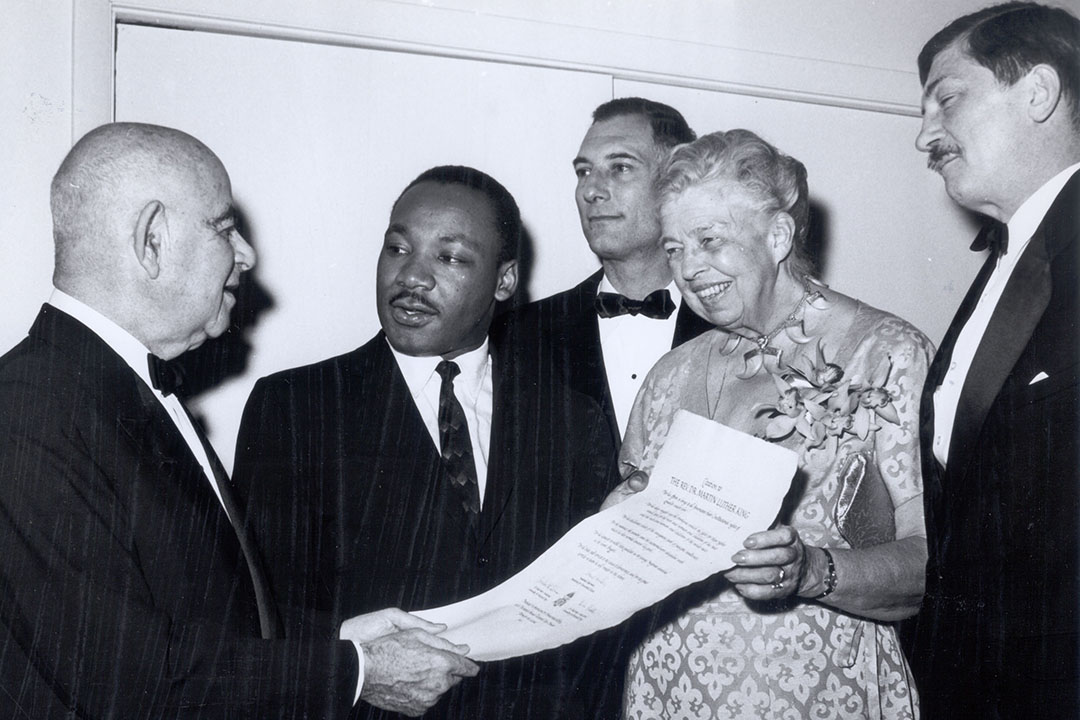 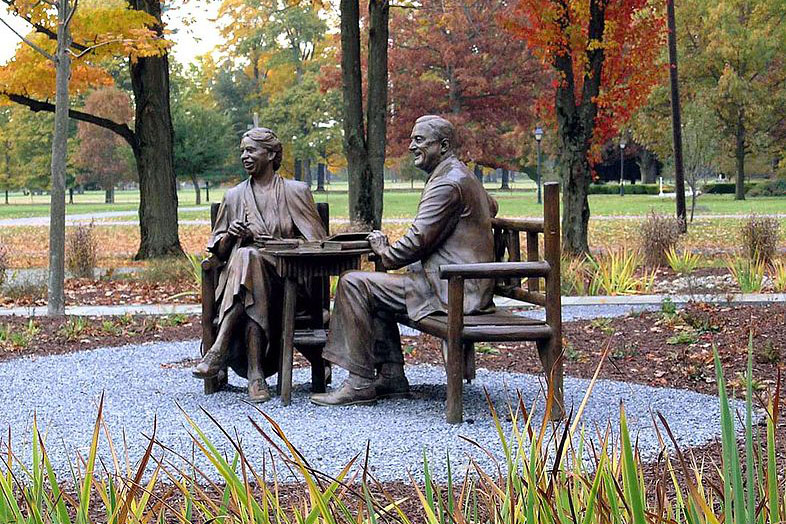 Eleanor Roosevelt did not confine her public outreach to the written word alone. She relied upon a wide range of media technologies to reach the broadest audience possible — a standard that we seek to emulate at the Eleanor Roosevelt Papers Project. We have developed:

In short, we make rigorous, important scholarship available and useful to an increasingly diverse and ever-expanding audience.

Why Publish the Eleanor Roosevelt Papers?

Eleanor Roosevelt's persistent, exceedingly personal outreach to people around the globe; her determination to create institutions respectful of people's needs and dreams; and her refusal to succumb to the politics of despair remain the example of democratic practice. Decades after her death, she remains arguably the world's most outspoken advocate for human rights.

Her written and recorded legacy is abundant. The records of her work as an American delegate to the United Nations, her frequent radio and television commentaries and the documentation of the positions she advocated are scattered around the world.

As direct and engaging as it is bold, her work resonates with powerful examples of policies, debates and implementation strategies essential to contemporary discussions of democratic values and human rights policies. It is a resource as valuable to those studying the spread of democratic governments across Africa and the Balkans as it is to Americans concerned with the rights of cross-border immigrants, housing, education policy and the living wage.